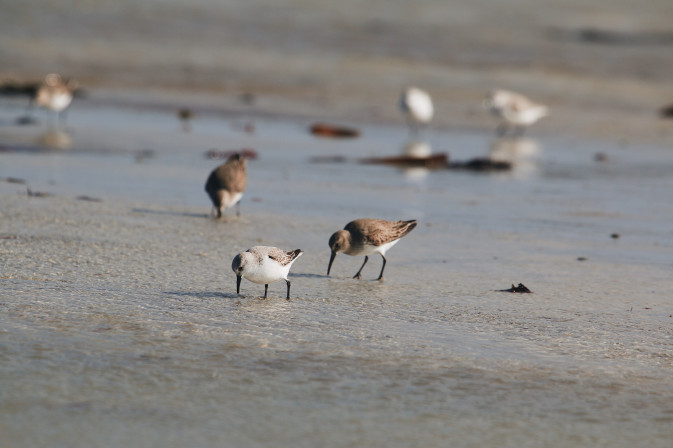 The Tiaozini wetlands are home of the critically endangered spoon-billed sandpiper (Calidris pygmaea) and many more migratory birds, whose habitats were threatened by coast reclamation projects for industries and port developments. The Tiaozini wetlands lie halfway along the East Asia–Australasia Flyway, a route taken by 50 million migratory birds of 200 species every year. Twenty-five of these are known to be endangered, of which 23 use the wetlands to overwinter, as their summer breeding grounds, or simply as a place of rest on their migrations.

The wetlands are formed by a wider circle of surrounding mudflats, which make for the five existing reserves in this part of China. Being threatened to be reclaimed by the municipal government, back in 2011, the area could have been partially destroyed, leading to shrinking the birds’ habitat.

Nonetheless, as result of the hard  scientific and legislative work of local representatives from academia, NGOs, members of the public and political advisory bodies, a protection and restoration plan was established and the area was set for natural coastline protection.

More on the topic you can read here.